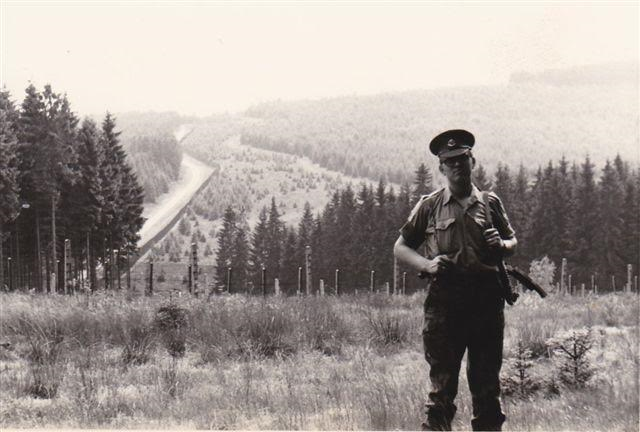 I first used the St George’s Hydro Pool in mid 2015 but my journey to its door started in 1966 when, as a 17 year old, I decided to "follow the drum" and join the British Army.  Lots of exciting things to do and places to go existed in those days and following training I found myself in the grip of the Cold War, stationed on the Inner German Border defending democracy against the weight of the Soviet Pact - well that's how it was sold to me then.  Where the next 37 years went to, I am not sure but in 2003 I retired from the Army only to continue working for the Ministry of Defence in Germany and then Cambridgeshire.  Along the way, as a result of lurking in cold and wet German forests during my youth, I developed osteoarthritis and this resulted in me having a total replacement of my left hip in 2001.  I was told that it was a good prosthesis and the word "Gucci" was used but in the military that term is used for anything that is not painted green.  Nevertheless, it was a good hip as for the next 13 years I didn't even remember it wasn't mine except for when it got a bit parky out on the Fens when the hip would remind me it was metal and it was cold.

In mid 2013, my lady wife said that she had had enough of me travelling and therefore it was agreed that I would hang up my working hat and put on the Panama and go on all those holidays we said we would like to do when we retired.  Retirement day - Friday the 3rd of January 2014 - came and after a full day, I retired to my bed intending to spend the rest of my days doing as I pleased.  At 4 am on Saturday the 4th of January 2014, I awoke feeling unwell; I had pain in my left hip and felt nauseous.  Putting it down to over excitement on retiring we nursed my symptoms through the weekend but by the Monday morning I was worse so I got an appointment with the emergency doctor at Nene Valley Medical Centre.  As soon as I arrived for my appointment, the doctor phoned for an ambulance and the next thing I knew was I was in A & E at Peterborough City Hospital (PCH).  Following quick appraisal, it was found that I was suffering from an acute infection and in toxic shock.  Somehow, a little bug had entered my body and my immune system had kicked in and taken a dislike to both the bug and my metal hip.  Despite attempts to clean the implant, it was decided that the only safe thing to do to prevent further infection was to remove the offending hip and fight the bugs then.  You remember that good "Gucci" hip well it took some getting out.  Without going into the gory detail, it resulted in a very long operation and my left femur being held together with more ironmongery than in a Travis Perkins stockroom.  So there I am with one biological hip and nothing else.

There followed further operations where the bone and muscle were nibbled away to get the infection under control and by May 2014 I was able to leave PCH and go home.  But the infection continued and in July 2014 PCH decided that they could not take any further material away from my leg as they would not be able to make good the replacement.  Consequently, I was referred from PCH to the Royal National Orthopaedic Hospital at Stanmore (RNOH).  For those who have never visited the RNOH at Stanmore it should be noted that it was an old RAF Hospital and consists of a varied amount of buildings ranging from the new to the original 1930s build.  Even more interesting for an Orthopaedic Hospital, it is built on a hill and when beds are moved from the satellite wards for operations and other procedures, they are pulled by the same sort of device you see in Tesco's car park manoeuvring the shopping trolleys.  All of that said and the buildings aside, this is the centre of excellence on orthopaedic matters and I was and still am very grateful for the care and medical expertise that I found there.  At RHOH, I became the patient of the microbiologists who were intent on seeing off this bug that still hung around.  It was a battle that was not won until August 2015 when both the microbiologists and surgeons felt that it was safe to make the implant, which now had grown from a standard hip replacement to a hip and partial femoral prosthesis.

As soon as the opsite [operation site] wound had healed, I started to look for some physiotherapy.  I had heard about St George’s from my therapist at PCH who was only able to give me minimal traditional physio as my right hip was now affected by arthritis.  This led me to take up some physio led sessions at St George’s.  At first I was winched into the pool, as I was wheelchair bound but the exercise gradually helped to build up the muscle of my left thigh, which had been eroded over the operations.  By January 2016, this exercise was enough to convince the surgeons at Stanmore that I was able to support a total replacement of my right hip and this was completed at the end of that Month.  Once that opsite wound was healed I returned to the hydro pool and in no time I was out of the wheelchair and able to enter and leave the pool independently.  The warming water was very soothing and gave much pain relief so I was able to use the varied flotation aids available to improve my posture and develop my thigh muscle.  All this has resulted in me now walking mostly with the aid of walking sticks and we have just returned from a holiday abroad, which I thought would never happen.  It has been a long journey and it is not over yet; the operations have left me with unequal leg lengths, which can be corrected by orthotics, and possibly - one day - I shall be able to throw away the walking aids.  Who knows?  But whatever the result is, the excellent and unique community asset of St George’s Hydrotherapy Pool will have played an important part in my recovery to date and will continue to do so in the foreseeable future.

We would like to thank Peter for generously sharing his remarkable story.